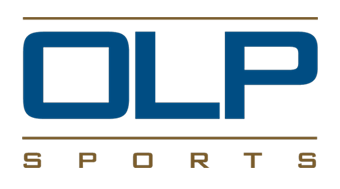 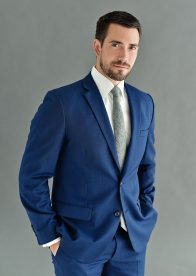 Marc grew up and attended university in the Montreal area and has been working as a business lawyer in Montreal for the past 10 years.  An avid athlete, he played several sports in his youth, including elite level hockey and baseball on Montreal’s south shore.

After obtaining a bachelor of commerce with distinction at the John Molson School of Business at Concordia University, Marc studied law at McGill University, where he also played midfield on the Redmen varsity lacrosse team. Graduating with a combined bachelor degree in civil law and common law, Marc worked for three years in the corporate and commercial department of a respected national law firm before pursuing his career as in-house counsel at a leading Canadian savings and insurance company.

Marc has experience in several areas of business law, including mergers and acquisitions, real estate, intellectual property, strategic relationships, and dispute settlement. He regularly negotiates and advises clients on various commercial contracts, including sponsorship agreements and letters of intent. As a negotiator, Marc takes a strong yet practical approach in obtaining fair outcomes for his clients. He also values open and clear communication with clients to efficiently achieve goals.

Marc is a co-founder of OLP Sports and is in charge of legal affairs as well as co-managing the overall operations of the business. He is also involved in recruiting clients and supporting them with their career objectives.

Marc lives with his wife and two young sons in Montreal. In his free time, Marc plays hockey and golf, runs obstacle races, and volunteers with the Young Leaders Circle of the Montreal Children’s Hospital Foundation. 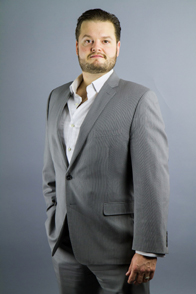 Phil is a former goaltender who grew up in the Ottawa area and played major junior hockey in the QMJHL with the 1998-1999 President’s Cup champion Acadie-Bathurst Titan who represented the QMJHL in the 1999 Memorial Cup.  He was then traded to the Victoriaville Tigres where he finished his junior career.

After some time bouncing around in the minor-pro ranks, Phil returned to Canada to play CIS university hockey for the Concordia Stingers and collected numerous honours such as OUA All-Rookie, OUA All-Star, Team MVP and the prestigious Guy Lafleur Award given to the best Quebec student-athlete of the year.  After completing his university studies, he went on to play professionally in Germany until he retired from professional hockey in 2005.

For the better part of the past decade, Phil has worked in federal politics as a policy advisor, lobbyist, media spokesperson and government relations expert.  His wide range of experience in politics has made him a skilled negotiator with an ability to build lasting relationships built on trust and respect.

As a co-founder of OLP Sports, Phil is in charge of building relationships within the hockey world, recruiting and supporting clients, and co-managing the overall operations of the business.

Phil currently lives with his wife and three young girls in the Gatineau Hills outside of Ottawa. Phil also devotes time to Hockey Without Borders as a member of the organization’s board of directors.

Bryan grew up playing minor hockey on the south shore of Montreal with the Patriotes du Haut Richelieu Minor Hockey League. After playing two seasons in Midget AAA with Magog and Lac St-Louis, he was drafted by the Sagueneens de Chicoutimi of the QMJHL and went on to participate in the Memorial Cup in his rookie year.

During his second season with Chicoutimi, he was traded to the Titan de Laval and followed the team when it was relocated to Bathurst, New Brunswick. In his final year in the QMJHL, Bryan and his Titan teammates, including OLP co-founder Phil Ozga, won the President’s Cup and went on to participate in the 1999 Memorial Cup in Ottawa.

After his junior career, Bryan moved on to play hockey in the minor pro ranks, although his playing time was cut short by injuries. He then went on to play several years in the Senior AAA circuit.

When his hockey career was over, Bryan joined the Canadian Armed Forces and became a firefighter in the Air Force where he continued to play competitive hockey at military national hockey tournaments and events, winning several national titles. While serving, he continued to stay involved in minor hockey, coaching at the AAA level as well as scouting for several years in the QMJHL.

With OLP Sports, Bryan is responsible for the recruitment, development and management of players in the Maritime provinces.

Bryan currently continues to serve his community as a firefighter for the city of Moncton, where he resides with his wife and young son.

Olivier grew up and attended university in the Montreal area. At McGill University, Olivier obtained a bachelor degree in Physical and Health Education while playing lacrosse for the varsity team. A versatile athlete, he was involved in many sports in his youth, including elite hockey and lacrosse in his hometown of Longueuil on Montreal’s south shore.

During his junior lacrosse career, Olivier took part in three national championship tournaments representing the province of Quebec as well as playing one year of semi-professional lacrosse for the Montreal Phoenix where he was an all-star selection. That same year he was recruited by the McGill Redmen lacrosse team where he played two seasons and won a national championship in 2012.

Apart from being a successful student-athlete, Olivier has been strongly involved in coaching for both lacrosse and hockey. He has coached elite hockey at the Midget AA, Midget Espoir and Peewee AAA levels, helping young players with their development on and off the ice.

As a recruitment consultant with OLP Sports, Olivier is responsible for identifying and recruiting talented players who could benefit from OLP Sports’ services as well as providing development guidance.